There’s a reason the company isn’t making much ado about it right now with a first delivery celebration, too: It’s not yet up on all the certifications it needs.

Lordstown reported that deliveries are still ”subject to full homologation testing and required certification.” Concurrently, the company reports that it’s continuing to put test miles on vehicles and complete software updates. Applications to EPA and CARB have been submitted, and U.S. FMVSS crash testing has been completed, it says. 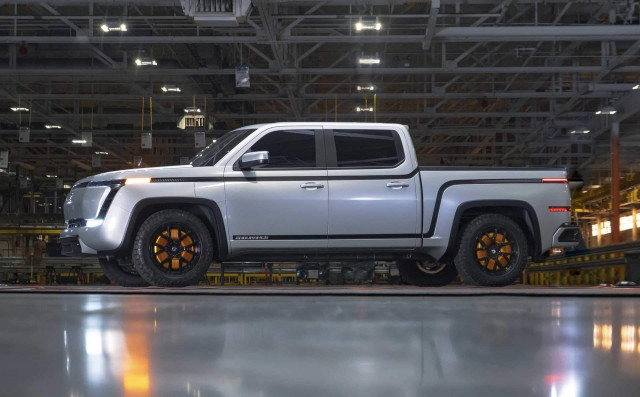 To that, the company confirmed a start of sales for the fourth quarter of the year—which could translate to any time from early October through late December.

The first models produced are the first two of a lot of just 500 saleable vehicles, and it aims to deliver 50 of those by the end of 2022, with the remainder of that 500 “in the first half of 2023, subject to raising sufficient capital.”

“We will continue to build at a slow rate as we address remaining part pedigree and part availability issues,” said CEO and president Edward Hightower, in a company release. “We expect to increase the speed of production into November and December.”

Lordstown saved itself from bankruptcy by selling the former Ohio GM factory it held to Taiwan’s Hon Hai Technology Group—otherwise known as Foxconn, a longtime contract maker for Apple and other electronics companies. Foxconn will serve as the contract maker of the Endurance, as well as other vehicles at the Ohio facility, including models for Fisker, and electric tractors. And it’s now the majority investor in a joint venture with Lordstown to “develop electric vehicles for the global market.”

With that, Lordstown appears to have pivoted away from seeing the personal-use market as an eventual expansion—after it had delivered a “nationwide fleet” of work trucks, as it told Green Car Reports in 2020. Lordstown confirmed today that it is focused solely on the commercial vehicle market. It hasn’t clarified the state of other production-bound projects, such as the electric van the company announced in 2021, claiming it would be ready for 2022 production.

Lordstown is clearly not out of the weeds quite yet, as it faces a daunting production ramp. It noted that it will finish the quarter with about $195 million in cash and cash equivalents, dropping to $110 million by the end of the year.

As Lordstown has cautioned before, it will need more funding to foster an acceleration in production. It noted in today’s update that it will “continue to explore capital raising alternatives,” including in connection with the Foxconn joint venture and in “strategic partnership discussions.”

Why are flags at half-staff this Wednesday?

Pa. state trooper charged with DUI while on duty

Pa. state trooper charged with DUI while on duty

1 killed after vehicle fell on train tracks in Perry …

‘Shop with a Cop’ event hosted in York

Coping with grief during the holidays

1 killed after vehicle fell on train tracks in Perry …