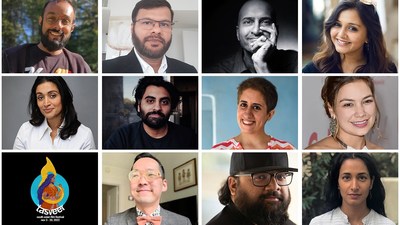 "In an industry where viability and visibility is so difficult, and even more so for people of color, it's inspiring to see what the Tasveer Film Fund is doing," said Milan Chakraborty of Marginal Media. "I'm excited to work with the team to help the next generation of storytellers."

"I'm so thrilled Tasveer has put together this film fund," says actor, writer and producer Sheila Houlahan. "All the DEIs in the world are meaningless until we put actual capital behind ideas created by people of color."

The winners of the 2022 Tasveer Film Fund will be announced at the Closing Gala of the Tasveer South Asian Film Festival, after the World Premieres of the 2021 Film Fund winners BEPAR, DOS BROS FORCE, and ZINDAGI DOBARA. A Closing Reception will follow. https://bit.ly/3CSOLBN

Tasveer South Asian Film Festival features a record number of films this year, including potential Oscar contender ALL THAT BREATHES, Opening film FOUR SAMOSAS and Centerpiece film, GOLDFISH, as well as LITTLE ENGLISH which is making its World Premiere at the festival.